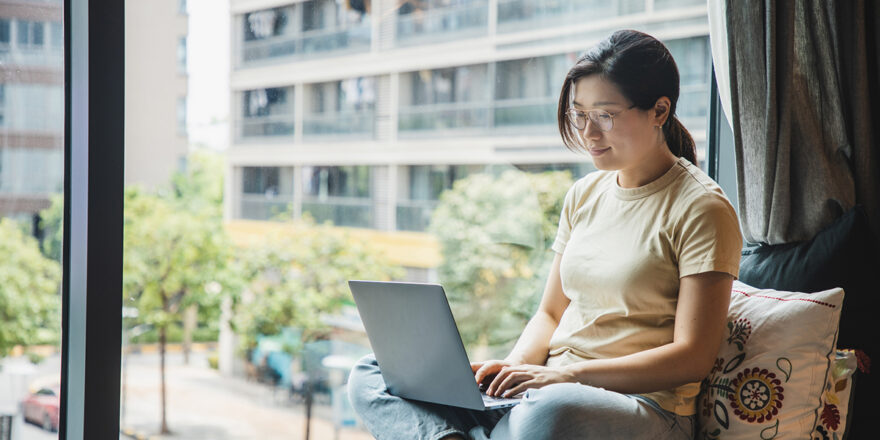 More than likely, you’ve seen and heard a lot of news about inflation in 2022. But lately, another risk to the U.S. economy has emerged: stagflation.

Stagflation is a rare economic phenomenon first identified in the 1960s. So far, only one major stagflationary period has occurred in the U.S., during the oil crisis of the 1970s.

Today, economists are divided over whether 2022’s economic conditions could result in a recession or stagflation. Only time—and market behavior—will tell.

Pro tip: The term “stagflation” was coined in the 1960s by U.K. politician Iain Macleod. Roughly a decade later, the term was first used to describe the U.S. recession of the 1970s.

Stagflation combines two difficult economic conditions: higher prices and fewer jobs. Because of this, it can have several detrimental effects on consumer life:

Poor economic policies and supply-side shocks can happen at the same time, worsening the effects of both. However, they may also happen independently.

Let’s take a closer look at both possible causes of stagflation:

For instance, during prolonged periods of high inflation, the Fed may increase interest rates in an attempt to reduce consumer and business spending. Less spending can help slow the unchecked economic growth that leads to rising inflation.

However, missteps in economic policies can result in negative outcomes:

If left unchecked, these market conditions could potentially result in a stagflationary period.

A supply-side shock is an unexpected event that affects the supply of a product or commodity. A supply shock may increase prices for goods or services. It may also cause supply chain disruptions, reducing access to certain commodities.

A good example of a supply shock is rising oil prices. When oil prices increase, costs rise across virtually every business sector.

Following a supply-side shock, businesses often try to pass on higher costs to consumers or workers:

The effects of a supply shock can result in higher rates of inflation and unemployment. Lost jobs and lower wages may cause consumers to cut back on spending, which can slow demand and economic growth.

What’s the difference between stagflation, recession, and inflation?

Stagflation, inflation, and recession are often mentioned in the same conversation. Learn more about the differences and similarities of these economic conditions below:

Stagflation and recessions share several qualities, including slowing economic growth and rising unemployment rates. However, a recession is a normal part of the economy, unlike stagflation.

Typically, recessions occur following a period of economic growth. During a recession, market activity slows and unemployment increases. But most recessions last less than a year and have lower rates of inflation.

On the other hand, stagflation is an extended period of economic decline. Generally, stagflation results in high amounts of layoffs and rising inflation rates. This results in fewer jobs, lost purchasing power, and higher costs of living.

If inflation rises too quickly or lasts too long, consumer demand may decrease and open the door to stagflation.

Inflation is a defining factor of stagflation. During stagflationary periods, inflation forces prices to increase, causing consumers to cut back on spending and businesses to reduce production. If the spiral continues, the economy may stall and unemployment rates may rise, resulting in stagflation.

Pro tip: On its own, inflation isn’t necessarily a cause for concern. Periods of controlled inflation usually lead to lower unemployment rates and gross domestic product (GDP) growth due to increased consumer demand.

Stagflation vs. recession vs. inflation

Consider the following table for an at-a-glance look at the difference between stagflation, inflation, and recession.

Has stagflation happened before?

The first period of major stagflation occurred in the U.S. in the 1970s. During this time, inflation rates rose above 11% and unemployment climbed close to 9%.

Some economists worry that the high inflation rates and slow economic recovery following the COVID-19 pandemic may result in another period of stagflation.

There’s no way to know if stagflation will happen again. As mentioned above, some economists worry the current market conditions could give way to a stagflationary period.

However, others are more optimistic. For example, many economists feared the COVID-19 economic stimulus checks, increased unemployment rates, and supply chain disruptions of 2020 would result in stagflation. Fortunately, it didn’t occur then.

That doesn’t necessarily mean the U.S. economy is in the clear. Macroeconomic conditions and evolving world events could still lead to stagflation.

How does stagflation end?

Ending stagflation can be tricky. The Fed will typically adjust interest rates to fight the effects of stagflation. However, these adjustments can lead to more economic issues.

Instead, Robert A. Mundell—the economist who first identified U.S. stagflation in the 1970s—proposed a combination of tactics to fight stagflation:

It’s critical to implement these policies simultaneously, though. Otherwise, lower tax rates could increase the money supply too rapidly and send inflation soaring. The opposite is also true, as a shrunken money supply could slash credit availability and harm economic growth.

How to counter stagflation

It’s normal to feel worried and stressed about the possibility of stagflation or the current state of the economy. However, focus on actionable steps to counter stagflation and protect yourself financially. Consider the three following strategies:

Saving money may seem difficult during an inflationary or stagflationary period. However, having cash on hand can help you cover higher costs of living without relying on a credit card.

With that in mind, prioritize your savings account and emergency fund. Additionally, look for ways to cut down on expenses, such as canceling subscription services you no longer use.

Finally, make it a point to shop strategically. Check out different grocery stores or use mobile apps to compare prices and find the best deals on essentials.

Saving money is a great idea, but saving while paying off debt isn’t easy. Neither is juggling multiple balances, high interest rates, and minimum payments.

If you’re struggling to make ends meet while paying off debt, you’re not alone. Depending on your circumstances, you may be able to reduce your expensive debt through debt consolidation.

Ideally, a debt consolidation loan will come with a lower interest rate or more affordable monthly payments. As a result, you may be able to save money on your debt or get out of debt faster.

3. Stick to a budget

Finally, take some time to create a budget. Many people live without a budget and assume they’re financially healthy. However, you may be surprised to learn where your money goes—and how often you spend it.

Creating a budget can help you feel in control of your finances, which is invaluable during a time of economic uncertainty. A budget doesn’t mean you have to swear off spending entirely, either. Instead, it allows you to direct your resources where they’re more needed and save for the future.

Bottom line: Should I be worried about stagflation?

There’s been a lot to worry about over the last few years: COVID-19, inflation, and unexpected international events. Although the current economic climate could lead to stagflation, it’s not our reality—yet.

Instead of worrying about stagflation, make it a point to strengthen your financial foundation by budgeting smarter. Cut back on expenses where you can and consider consolidating expensive debt. In doing so, you’ll prepare yourself for ongoing uncertainty while building a bright financial future for yourself.