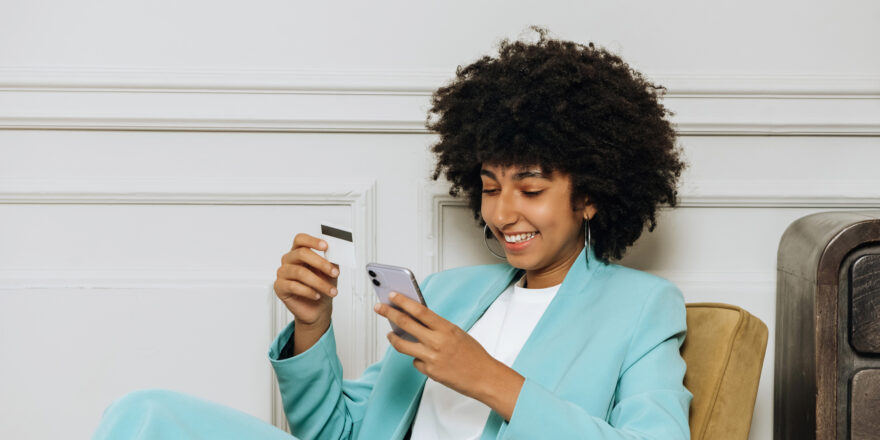 Picture this: It’s Friday and you’re deep into a shopping session. You select the items you want and click on your shopping bag in the upper right-hand corner of your screen to check out. When reviewing the available payment options, you notice an option called buy now, pay later. What do you choose?

Get an in-depth look at what buy now, pay later is, how it works, and the pros and cons, so you know exactly what you’re bargaining for the next time you go to checkout.

What is buy now, pay later?

Buy now, pay later is a type of no-credit-check personal loan, or a form of short-term financing that doesn’t usually require a hard credit inquiry. With this lending approach, a consumer’s purchase is split into several even payments. The first payment is due at checkout and the others are billed to your debit or credit card until the purchase has been paid in full.

Many retailers offer buy now, pay later options online and in-stores to make it easier for people to make purchases. Although it may be more convenient, it’s important to note that some providers charge interest and late fees.

Some of the most common buy now, pay later programs include:

Buy now, pay later is similar to credit cards. They provide consumers with the chance to buy something instantaneously and pay it back over a period of time.

However, one of the biggest differences is that many buy now, pay later providers don’t charge interest if payments are made on time.

Pro tip: It’s not common, but some buy now, pay later providers conduct a hard credit check before they approve you. This is important to note because a hard credit check may lower your score temporarily. Be sure to read the application’s terms and conditions carefully before you commit.

What is an example of buy now, pay later?

You purchase a few items and the total is $100. By using a buy now, pay later financing option, you pay 25% of the purchase or $25 at checkout. Then, you’ll make three additional $25 payments every two weeks until the purchase is paid off. If you make all of your payments on time, you’ll pay off your purchase in six weeks.

There is no limit to the number of BNPL loans a consumer can take. Unfortunately, without limits, some consumers may take on more than they can handle, which can lead to a cycle of debt. If you fail to pay, your debt may be sent to collections, which can seriously damage your credit score.

Additionally, some BNPL providers report late payments, which may impact your credit score further. Before you opt for buy now, pay later, check your finances. If you’re already struggling to pay off several loans, avoid taking on more debt.

Should you use buy now, pay later?

The bottom line on BNPL

You may want to use buy now, pay later if you can’t or don’t want to pay for an item all at once. Before you commit, consider if you can afford the payments and what penalties you may be charged if you’re unable to pay. Read the fine print in the terms and conditions thoroughly, so you fully understand what you’re agreeing to.

If you’re thinking twice about the item and using buy now, pay later, trust your instinct and wait to save up. In the event that you use buy now, pay later and become overwhelmed with more debt than you can handle, consider consolidating your debt into a new loan with a lower interest rate.