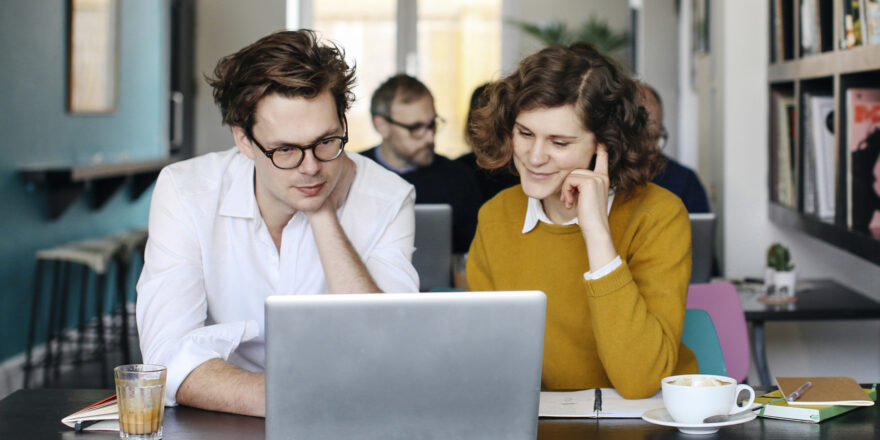 If you’re hoping to buy a house or a car, you may be following interest rates pretty carefully. And you’re probably aware that in early 2022, they were pretty low. In fact, those low rates were fueling the high demand that made it so difficult—and expensive—for you to buy that house or car.

Before the central banking system of the U.S., the Federal Reserve (aka the Fed), raised interest rates, many industries and observers who are very sensitive to interest rate changes–like the real estate industry–kept a close eye on any changes.

The U.S. has a market-based economy, and the government allows the market to set most interest rates. But U.S. banking regulations require banks to hold a percentage of their accounts–called mandated reserves–overnight in a non-interest-bearing reserve account held by the Fed.

Banks with deposits larger than their mandated reserves can lend the excess amount to banks that are short of their needed overnight deposits. The Fed sets the rate that banks can charge each other for these overnight loans. That rate is known as the federal funds rate, and it’s the lowest rate possible for a loan.

All other interest rates are set at a premium to the federal funds rate.

What is the Fed’s goal when it changes interest rates?

The main goal of the Fed is to keep our economy stable. To do so, they’re charged with two missions: keep unemployment low and maintain a sustainable inflation rate, around 2% annually. Generally speaking, these are two indicators of the economy’s health.

When the Fed raises rates, it believes the economy is overheating. It’s trying to reduce the amount of money in the economy, both by making it more expensive to make large purchases and use credit cards. They do this in part by making it more attractive to save money and encourage more interest-based investments, like the U.S. Savings Bonds.

When the Fed lowers interest rates, it’s because the economy is stalled. The Fed is trying to make money more easily and cheaply available to stimulate more economic activity.

If you’re not sure, that’s okay! Inflation hasn’t been an issue in the U.S. economy in 40 years.

There’s no question that the U.S. economy is currently experiencing inflation. The problem is that we’re not sure how much of it is coming from the supply or demand side of the economy.

Many observers chalk up current inflationary pressures on global supply chain problems caused by the pandemic. Early on, shut-downs and stay-at-home orders led to a standstill in production. Getting those industries up and running when those orders were lifted was often difficult.

Don’t forget, the supply chain is global. We’re still experiencing massive disruptions in the transportation of goods manufactured to a market or store where you live.

Low interest rates that were meant to keep the spending going in the face of mandated shut-downs actually enticed home buyers to enter the market in droves.

The problem with inflation is that it tends to become a self-fulfilling prophecy, whether it’s supply or demand generated. Think of the Great Toilet Paper Scare at the beginning of the pandemic. When businesses sent their employees home to work, commercial toilet paper was no longer in great demand. But the demand for toilet paper at home went off the charts. Consumers bought far more than they needed immediately and grocery stores had empty shelves in the toilet paper aisle.

Once the supply chain readjusted–in this case, moving from producing toilet paper in giant rolls to smaller tubes–the market normalized, and now we have plenty of toilet paper. Until that happened, many sellers could gouge consumers who were desperate to buy.

When that happens across the wider economy, inflation gains strength and can continue even after the problem that caused the disruption is corrected.

Where is the U.S. economy?

Wages rose in 2021, although increasing inflation has eroded real wages for most Americans.

Consumer confidence is a measure of how Americans are feeling about the economy. It was riding high in 2021, as government stimulus spending fattened the bank accounts of most Americans. But rising inflation has begun to eat away at that optimism. In early 2022,, consumer confidence decreased slightly.

The pandemic and the threat of future variants, the increasing costs of climate change, and additional current global events are enormous question marks looming over the U.S. economy. If you watch the stock market, you’ve noticed how volatile the market can be in the face of these shocks.

What are the consequences of raising interest rates?

As we discussed above, the point of raising interest rates is to soak up money in the economy by discouraging consumers from borrowing and encouraging them to save or buy bonds. The risk of doing so is that taking money out of an economy can possibly trigger a recession. When the U.S. last faced high inflation, in the 1970s, it took a fed funds rate of 19.08% to turn the tide.

What does a rise in interest mean for your finances?

It depends on whether you’re buying, saving, or investing.

If you’re planning on buying a house or a car, interest rate hikes will make the purchase more expensive. But it could also cool demand for those big-ticket items, which could help buyers who haven’t gotten home sellers to accept their offers or people who can’t find a car that meets their needs. Credit card balances will be charged even higher interest rates, which could quickly raise a borrower’s debt-to-income ratio and make it harder or even more expensive to get credit in the future.

If you do end up buying a house during this time, take comfort in the fact that rate hikes are being applied to interest rates that are still close to historic lows. If they go back down, you can refinance for better terms.

If you currently have an adjustable rate mortgage, consider refinancing before U.S. interest rates rise any further. This type of mortgage is one where borrowers share the risk of rising interest rates with lenders. If rates go up when you’re facing an adjustment period, you may face a harsh upward hike in your monthly mortgage payments.

If you’re a saver, or a very risk-averse investor, higher interest rates can work in your favor. You’ll earn more on your emergency savings, and you’ll start to see offers of higher return rates on money market accounts, certificates of deposit (CDs) and savings accounts.

Here, it gets trickier. As we discussed, conventional wisdom says that investors should move into bonds and commodities in times of economic uncertainty.

But many investors take a contrarian approach and take advantage of market dips to buy up stocks, understanding that while they may lose value in the short-term, in the long term they will appreciate or grow with time.

When you find yourself worrying about the hike in interest rates, remember that this is meant to help the economy stabilize. Plus, while it may have some impact on you, it will not drastically alter every aspect of your finances and financial standing. To help you keep your finances in order, keep an eye on Federal Reserve monetary policy changes and adjust accordingly.